We were forced to abandon this route last year after only three days of riding—now we are back to complete it and carry on to more riding in France.

We arrived in France Monday July 30, rode from the airport into the centre of Paris, spent the night at a hotel near the Gare Montparnasse, and on Tuesday took the fast TGV train to Angers. Wednesday August 1 we began riding East on the Loire River with its lovely old towns, limestone buildings, vinyards and chateaux.

Our friend Joanne from Vancouver is riding with us for the first 12 days.

It is incredibly hot and sunny, up to 37º, but fortunately we planned shorter stages for the first part of the ride and we’ve had good luck getting early breakfasts at our hotels so we can start early to avoid the worst of the afternoon heat. We’ve visited two chateaux, Chenonceau and Chambord, ridden through endless fields of grapes, enjoyed great views and had some good food and drink.

The first part of the EV6 follows the Loire Cycle Route, the most popular long-distance cycle route in France. It is fun riding with other cyclists and having so many cycle-friendly places to stay. As much of the route is on separate bike paths, there are many families cycling with young children. 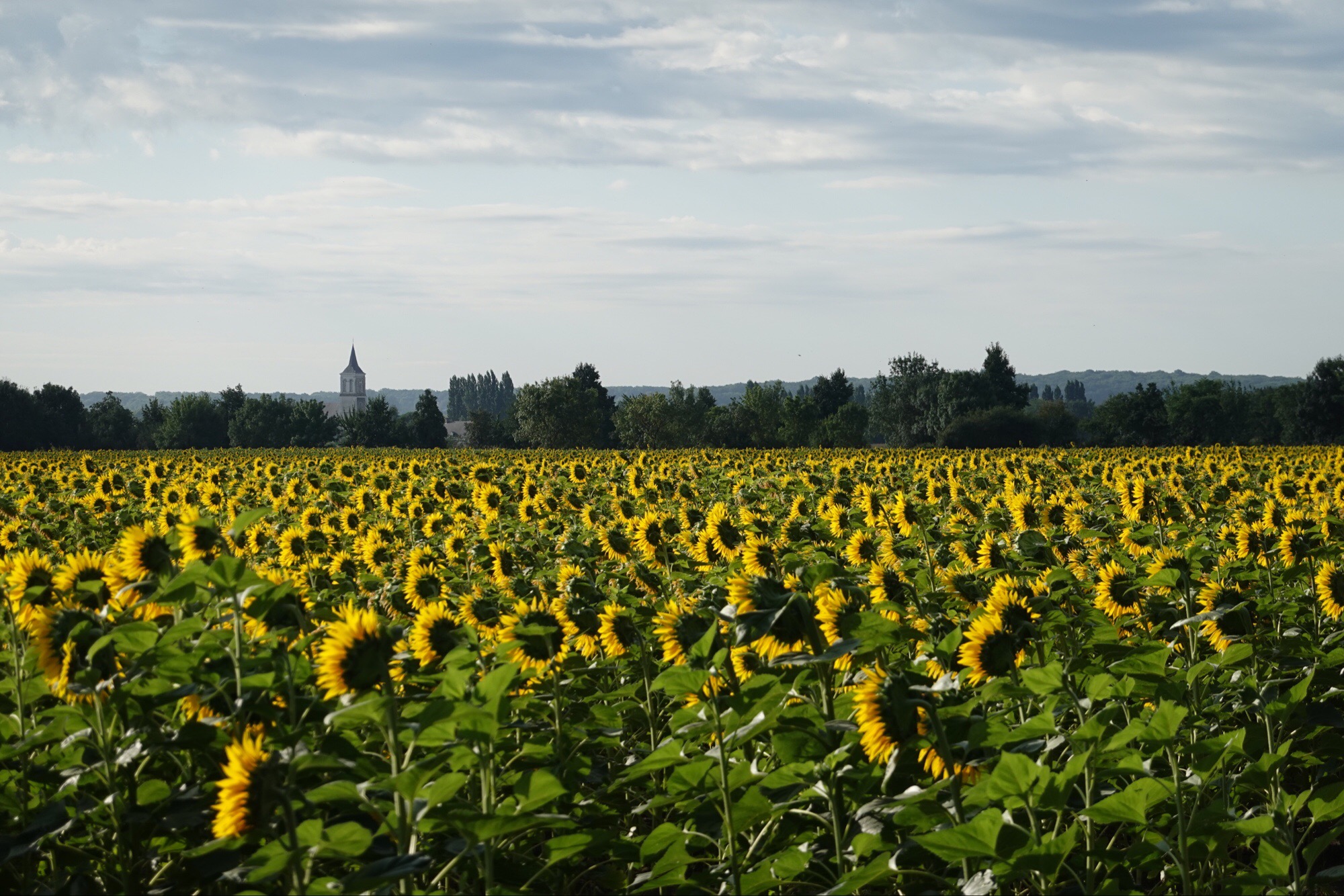 16 thoughts on “Crossing France on the EV6 route”