Today, Wednesday, we are enjoying a lazy day off after completing the West Highland Way.

Monday we began in rain with an amazing rainbow over the trail. Moments later we were stoped by a film crew doing a promo for Scotrail asking if they could film us setting off, walking on the trail to rainbow. We agreed, signed the model release with the ink smudging in the rain, walked ahead and back again, took a photo of them, then set off to climb the Devil’s Staircase. A good climb, but not as steep as the name suggests. It took us to the highest point of the walk and briefly into snow. The rain quit and the sun appeared. A remote and bueatiful area.

Kinlochleven, our destination for the day, is the site of one of the first aluminum smelters in Britain. The smelter is gone, but the power station still supplies eletricity to the grid.

Tuesday, our last day of the West Highland Way, also began with a climb in rain but like the previous day the rain quit after an hour and the sun returned. Again a day mostly in a remote area with only sheep about. We walked most of the morning with an English couple we had met a few days before.

It has been an excelent walk.

Tomorrow we start the Great Glen Way heading to Inverness.

Thanks to everyone for the comments on our blog posts. 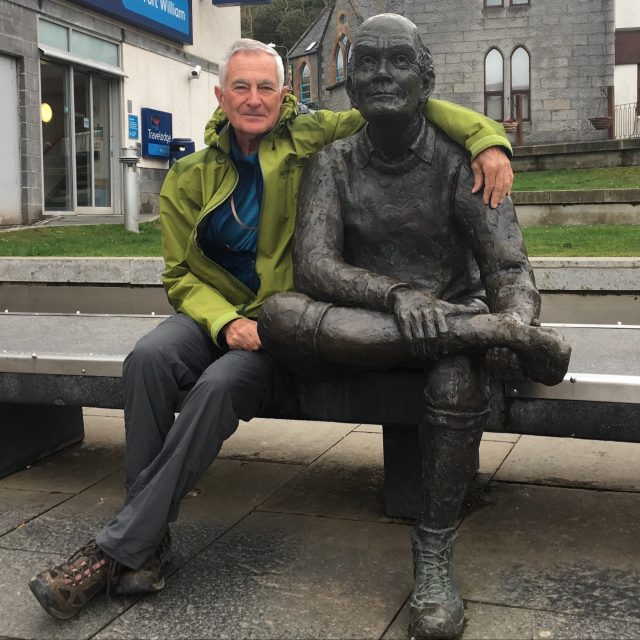 End of the walk. No one nearby to ask to take a photo of the two of us.