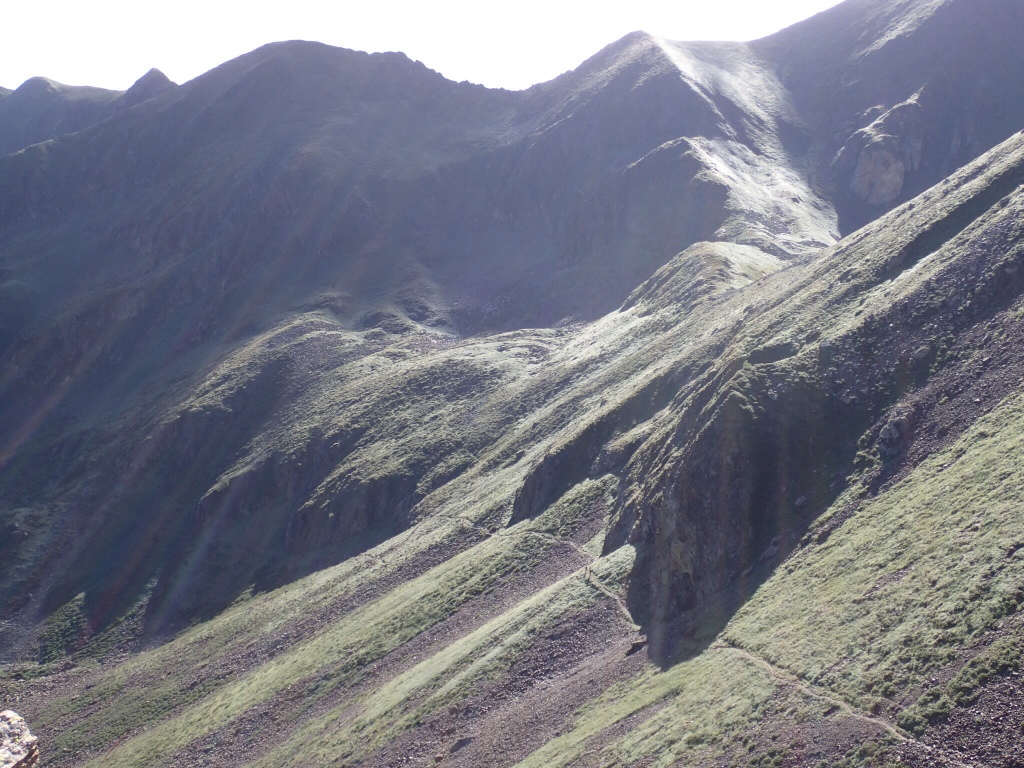 Sometimes the best is saved for the last. This was a very good day.

It didn’t look good first thing in the morning, cold and the mist was hanging in the mountains, but by 8:00 when I set off it started to clear. A lot of climbing. Up from Lac d’Oô to a quick look at Lac d’Espingo which has another hostel (a few minutes off the GR10, but well worth the detour). Then a long climb to the first col, followed by several more cols before a descent.

The views were spectacular. This was high country with little grazing and no track walking. It felt like some of the best alpine we walked in the Alps. Photos below.

I didn’t walk as far as Luchon. The trail gradually descends to a ski resort above Luchon, then makes a steep two-hour descent to Luchon. After lunch and a beer at the resort, I took the cable car down, saving most of the two hour walk and letting me get an earlier bus and then train to Toulouse, arriving in Toulouse at 6 rather than 8.

Luchon is a busy town. It was like entering a different world when I stepped off the cable car. Busy streets and restaurants full of the lunch crowd. It was good preparation for arriving in Toulouse.

Toulouse has a great feel. Lots of pedestrian streets in the town centre and busy but pretty and laid back. I arrived on a warm sunny evening before a holiday Friday and everyone was out walking or dining.

I have two full days in Toulouse then head to Paris on Sunday. I have four full days in Paris before going to Holland to meet Inge on Friday. I’ll post a few photos from both cities.

It feels odd to switch from alpine walking to suddenly being a city tourist. I plan to walk in both cities, but the cities are so easy and have no destination. I’ll miss the solitude and nature, but I’ll enjoy the comforts and the ease of wandering with a cafe always nearby and a Metro station to get me back to my hotel.