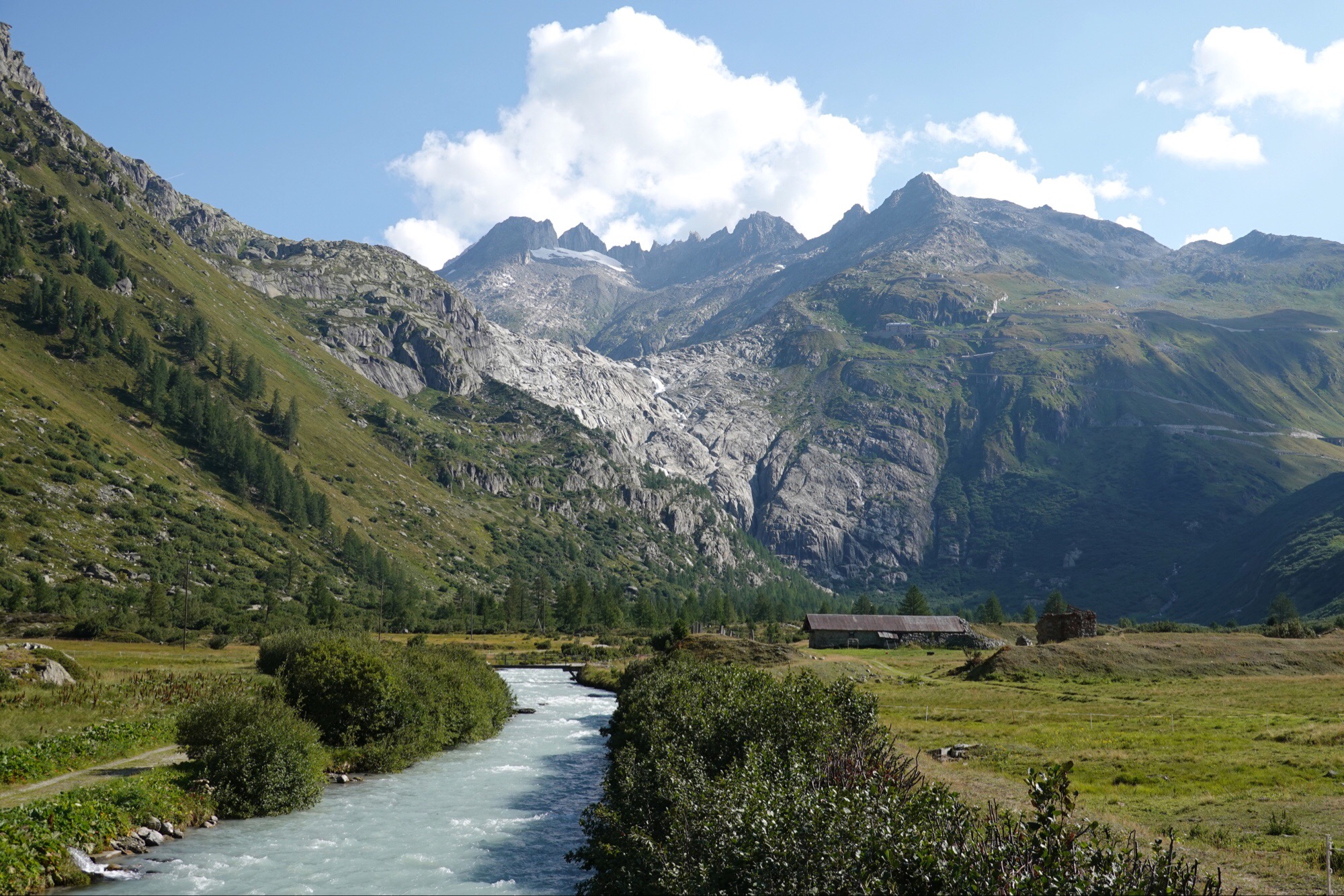 We are on day two of the Rhône Cycle Route, riding from the source of the Rhône in Switzerland to the Camargue in Southern France where the Rhône flows in to the Mediterranean Sea. The Swiss portion is Swiss Cycle Route 1, the full route through Switzerland and France is the EuroVelo Route 17: www.eurovelo.com/en/eurovelos/eurovelo-17.

On Tuesday we traveled from Basel to Andermatt by train—three trains actually. The first, an intercity train to Erstfeld, not far from Lucerne. The second, another intercity, carried us up 500 m to the small town of Göschenen at 1111 m elevation. The third, a narrow-gauge cog rail train took us up the short but steep 300 m climb to Andermatt, a small ski village at 1447 m elevation where we spent the night.

Wednesday morning we took the Post Bus from Andermatt up a steep narrow road to the Furkapass at 2436 m, near the Rhône Glacier, the source of the Rhône River and the start of our EV17 ride. The scenery was spectacular. The photo above is the river at the pass.

It was cold at the pass and daunting to look down at the steep descent ahead. We went only a short distance before stoping to bundle up in warmer clothing.

The first part of the descent was exhilarating! In 40 minutes, including time to take some photos, we descended 700 m in elevation just hanging on to the brake levers, no need to turn the cranks.

The rest of the day was good cycling but not quite as exciting. We continued the descent to the town of Brig at 691 m elevation where we spent the night. Although we were descending, we had some stiff climbs as the valley is narrow and sometimes the trail had to ascend high above the river.

Today, day two on the Rhône route, the valley is wider, full of industry and agriculture. Vineyards on the slopes. The river is flowing fast from the snowmelt in the recent hot weather. It is a dirty gray colour from the alpine sediment it carries. Not attractive, but powerful.

Tomorrow we follow it to Lac Léman (Lake Geneva).