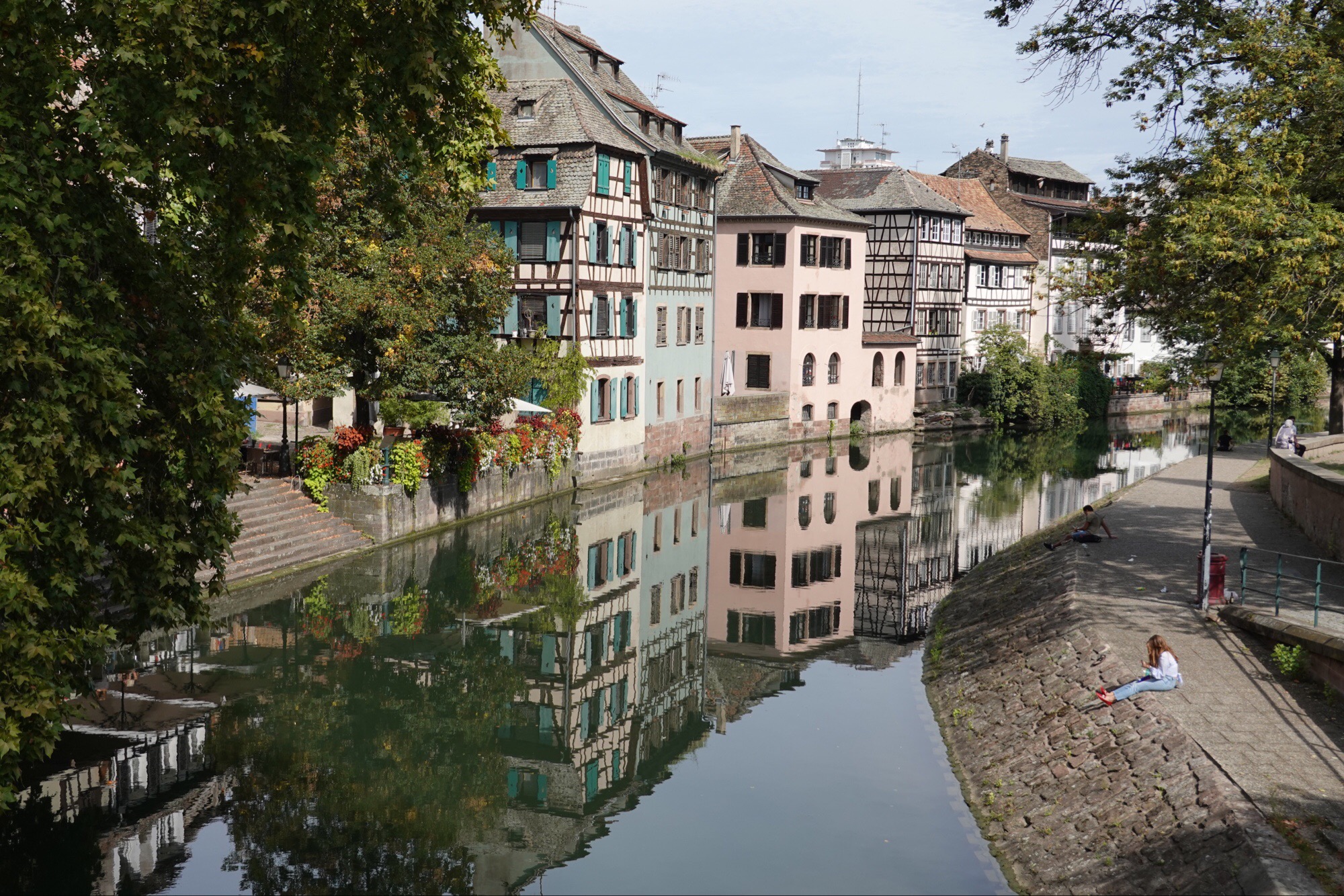 On Friday (September 21) we arrived in Arnhem, Netherlands after riding a little over 700 km from Strasbourg. It is the best and most varied riding we have enjoyed on this trip. Our route took us from France through much of Luxembourg and through parts of Belgium and Germany. Most of the way we were on quiet secondary roads and in small towns rather than large cities. The terrain has varied from open rolling farmland with big skies to the hilly and forested Ardennes. The weather has been mostly warm and dry, but Friday, the last day of summer, we had rain with strong, gusty winds and temperatures have dropped by 10º. Fall is here!

Of the things we enjoyed about this ride, two stood out. First, the country of Luxembourg. It is scenic and has both good cycling and hiking. A prosperous country, it is clean, orderly and things work. The country is trilingual (French, German, and Luxembourgish) which makes life fun sometimes—you never know what language a native will use, even different staff members in the same restaurant will use the language of their own choice. But unlike Belgium where the linguistic groups have difficulty getting along, Luxembourg works and feels very comfortable.

The second memorable thing is the Vennbhan cycle route, a 125 km rail trail from Aachen, Germany to Troisvierges near the city of Luxembourg. We cycled about 100 km of it from a small town in Luxembourg to the city of Aachen. It runs through lovely small villages, farmland and forest, and is mostly paved. Quiet, fast, easy cycling and best of all, no motorcycles. Luxembourg, with its rolling hills and windy roads, is a favourite for motocycle tourists who always seem to travel in packs. I don’t mind most of them, but I wish the Harley owners would stay home.

Now that we are in the Netherlands, we are visiting friends and family. We began by spending two nights with some friends just outside Maastricht who have a small vineyard, then carried on to Arnhem where are staying for a few days with another friend.

Nighttime view of the covered bridge in Strasbourg.

View of French farmland from a chambre d’hôte in France.

Chateau and vineyard on the Mosel River.

It is hilly in the Ardennes.

Inge on the Vennbhan making train noises and pulling cord for the whistle.

Old rails and locomotive beside the Vennbhan trail.

A country lane near Maastricht.

Heading to the vineyard with our friends.

Ferry across the Mass River, loaded with cyclists. Belgium on one bank, the Netherlands on the other.

A Netherlands sky near Arnhem.

7 thoughts on “Strasbourg, France to Arnhem, the Netherlands”